This event has been postponed until October 2020.

Due to the uncertainty related to the COVID-19 virus, this event has been postponed until later in the year, most likely October 2020. We will advise all ticket holders when a firm date is decided with the option to refund their ticket if they can not attend on the alternate date. Please use this contact form for any enquires.

Thank you for your patience in this difficult time.

Hear from two former State Premiers, the Hon. Bob Carr and the Hon. Geoff Gallop. Best selling authors Antony Loewenstein and Jenny Valentish and drug policy researcher, Professor Alison Ritter, Director of the Drug Policy Modelling Program at the University of NSW and Sally Dowling who was the Senior Counsel assisting the ICE Inquiry will all be on the discussion panel. More about the panellists here.

Antony Loewenstein will speak about legalising and regulating drugs, the premise of his new book, "Pills, Powder, and Smoke: Inside the Bloody War on Drugs". Jenny Valentish, author of "Women of Substances" will talk about her experiences with drugs alcohol and recovery from a female vantage point.

There will also be an audience Q&A, signed book sales from Antony and Jenny, information tables from Australia's leading AOD NGO's including the Alcohol and Drug Foundation, and many others.

Join us at the Wesley Conference Centre, Pitt St Sydney, in October for a fascinating insight into this urgent issue that's killing young Australians.

Get your Tickets Here

You can buy a signed copy of Antony Loewenstein’s book, "Pills, Powder and Smoke: Inside the Bloody War on Drugs", "Woman of Substances: A Journey into Addiction and Treatment" by Jenny Valentish, Johann Hari’s bestselling book, "Chasing the Scream" and Reagent drug Testing Kits.

ABC Media Watch Host, Paul Barry will host an all-star panel discussion about the war on drugs at the Sydney Wesley Mission Conference Centre on April 23.

Paul is an English-born, award-winning Australian journalist, newsreader and television presenter, who has won many awards for his investigative reporting. He received a Gold Logie for Best Public Affairs Report and 2 Walkley Awards for Best Business Report, ABC Four Corners in 1993 and Best News Report, Sydney Morning Herald in 2001. He is the author of 6 books author on Australian political and business leaders and is currently the face of the ABC’s media watch.

Former NSW Premier and Federal Foreign Minister. At the height of Australia’s heroin crisis in 1999, he held a bipartisan drug summit leading to Australia’s first and until recently only medically supervised injecting room credited with saving thousands of lives. He also pioneered other Harm Reduction policies, including drug courts that allowed the magistrates to offer drug offenders treatment options rather than impose prison sentences. Bob is an esteemed elder statesman of Australian politics and has written many books including “Diary of a Foreign Minister”.

She is a Senior Research Fellow leading multi-disciplinary research on drug policy. Her research focusses on many aspects of evidence-based drug policy, including research on drug laws and drug treatment models. Professor Ritter worked as a clinical psychologist in the alcohol and drug treatment sector before commencing full-time research. She has contributed significant policy and practice developments across alcohol and drug policy over many years. Alison is a sort-after speaker at international conferences and has published widely in the field.

Sally Dowling SC is a barrister with extensive experience in the criminal law. In 2019 Sally was senior counsel assisting the Special Commission of Inquiry into the Drug Ice which enquired into the merits of decriminalisation of drug offences in NSW. Between 2002 and 2018 Sally was a  Crown Prosecutor including 3 years as Deputy Senior Crown Prosecutor (Appeals).

Emeritus Professor Geoff Gallop AC was a Member of Western Australia’s Legislative Assembly for twenty years and Premier from 2001 to 2006. He was Director of Sydney University’s Graduate School of Government (2006-2015) developing programs and teaching in the area of public sector policy and management in Australia, Africa and South-East Asia. He is a member of the Global Commission on Drug Policy and chairs the Research Committee of the New Democracy Foundation.

Antony Loewenstein is an Australian investigative journalist and bestselling author. He has written for the New York Times, Washington Post and The Guardian. His book, Pills, Powder and Smoke, is a gripping first-hand account from the frontlines of the global war on drugs, arguing for the legalisation of all drugs as an antidote to our current failed policies.

Journalist, Author and Board member of Smart Recovery

Journalist Jenny Valentish is the author of three books, including Woman of Substances: A Journey into Addiction and Treatment, which drew on her own story with drugs and alcohol to take a bigger picture look at policy, harm-minimisation, stigma, and how addiction and treatment can be gendered. She is an internationally recognised journalist, a consultant for the University of New South Wales’ National Drug and Alcohol Research Centre, on the board of SMART Recovery Australia. 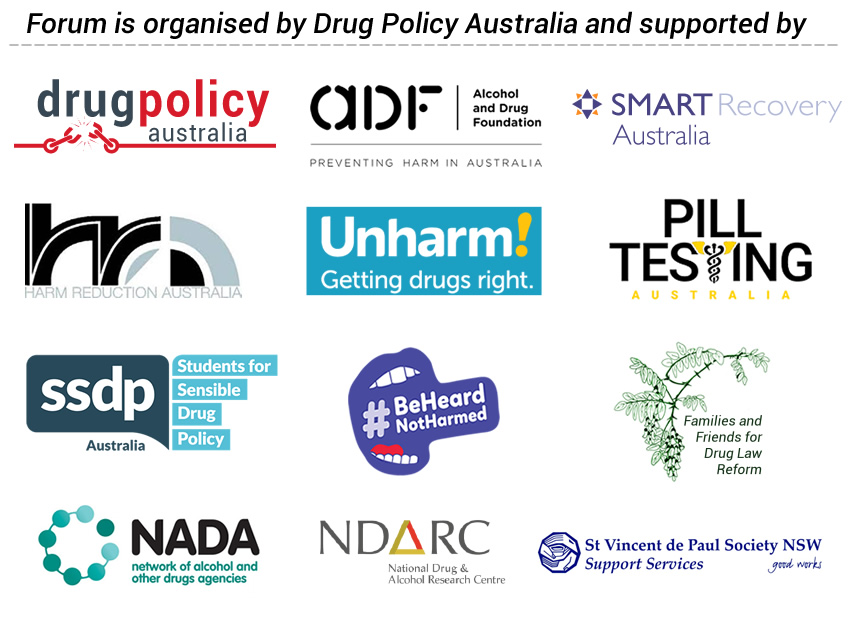