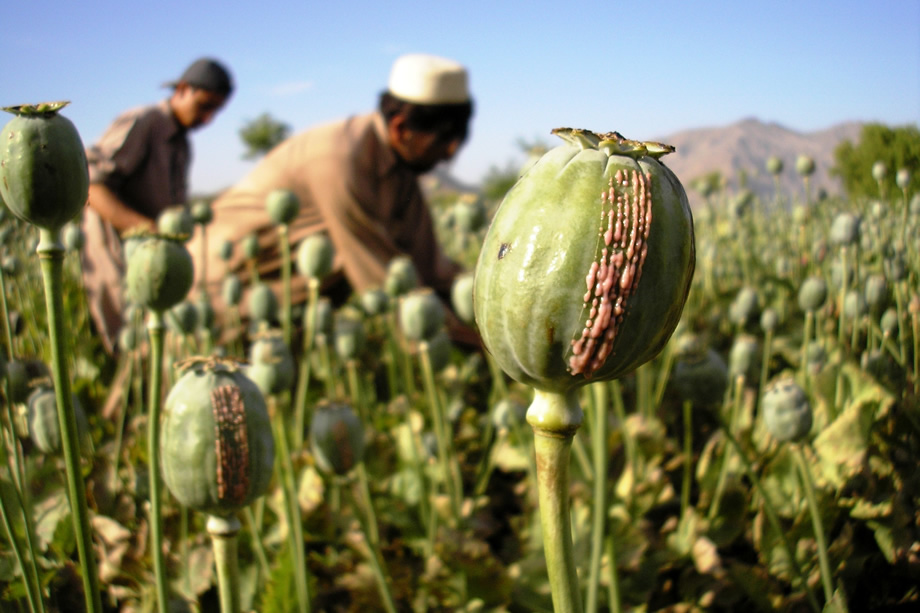 There is nothing simple about drug use and it is essential to have a sense of perspective.

Drug use is widely considered to be an overpowering social ill, a perennial threat. Yet in truth, the picture is ambiguous in the extreme. As the historian, Lucy Inglis comments in Milk of Paradise: a History of Opium, many of us will end our lives being given morphine to dull pain.

The current debate in Australian politics – whether, on the one hand, to either legalise or decriminalise drug use or, on the other hand, to maintain strict enforcement and criminal penalties – is not merely far from new, it tends to be superficial. The debate about drug use has been going on for centuries and it has never been conclusively resolved. There is little chance it will be conclusively resolved now.

Greg Chipp, director of Drug Policy Australia, a public health non-government organisation concerned with drug policy advocacy, believes that eliminating drug use is not achievable. “Unless we eradicate the human race it is impossible. Drug use dates back thousands of years, including problematic drug use. Trying to eliminate it is a fool’s errand. Such an aim is for those on a moral crusade. It is not really about saving people from addiction, but about saving their souls for eternal life – or other moral objectives.”

Addiction as an illness

One of the areas of confusion with drugs is that it is easy to think of addiction as an illness. Chipp believes this is an error. “We know almost nothing of what addiction is; there is so much misinformation. There is a lot of discussion about whether it is a disease but that is not the truth either?”

Chipp defines drug addiction as a “learned behaviour that hijacks our habitual capacity to put things from our conscious mind to our subconscious mind.” He compares it to an animal in Africa being attracted to a watering hole. After using that hole daily for six months the animal’s behaviour will become ingrained, an habitual behaviour.

“Heroin use is the same,” says Chipp. “And addiction is not necessarily related to a drug. People get addicted to many things including video games, work, and exercise for example. These are compulsive behaviours – no more or less than heroin, cannabis, tobacco, alcohol addiction.

“Gambling addiction is a good example of an addiction that has nothing to do with a physical drug. [Addiction] is a phenomenon that we are only just beginning to unravel.”

The debate about whether drug addiction is a disease or a moral failing has a long history. 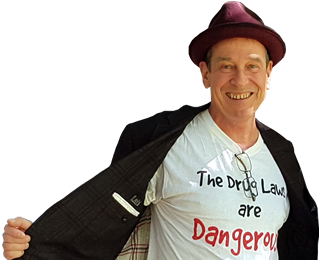 Chipp says the conflict between those who see addiction as a disease and those who see it as a moral and criminal failure, has extended into the 20th century. “The banning of opium and heroin in the 1920s was due to the [application of] the Harrison Act, which was a taxation act. There was an unbelievable objection from medical groups who were treating opium and heroin addiction as a medical problem.

“It was taken out of the hands of doctors very aggressively,” says Chipp. “Educated middle-class productive people were using heroin at that time and thousands of doctors were jailed for defying the law by continuing to treat their addicted patients by prescribing opiates.”

Johann Hari argues in Chasing the Scream: The First and Last Days of the War on Drugs that addiction should be understood primarily as a psychological issue. “The core of addiction doesn’t lie in what you swallow or inject – it’s in the pain you feel in your head. Yet we have built a system that thinks we will stop addicts by increasing their pain. If I had to design a system that was intended to keep people addicted, I’d design exactly the system that we have right now.”

The licit drugs industry is also large and has been for a long time. In 1900 the pharmaceutical firm Bayer was retailing heroin and aspirin by mail order in the United States (aspirin was then regarded as the more dangerous drug).

According to Grand View Research, the global opioids market in 2018 was valued at $US25.4 billion. Deaths from prescription opioids now match deaths from heroin, according to America’s National Institute of Drug Abuse. The line between what is legal and illegal when selling drugs is starting to blur. Rochester Drug Co-Operative, one of America’s 10 largest pharmaceutical distributors, was last year charged with conspiracy to distribute controlled narcotics – oxycodone and fentanyl – for non-medical reasons and conspiracy to defraud the United States. The US Attorney for the Southern District of New York, Geoffrey Berman, described what the company did as “drug trafficking from their boardrooms”.

Chipp believes that legalising and regulating drug use is a better solution. He says that if there is a government-regulated market for heroin, for example, it would eliminate 80-90 per cent of the illicit trade. “We should legally regulate all drugs: heroin, Ice, coffee, tobacco, MDMA,” he says. “By permitting regulation you are in fact controlling the market, rather than leaving it to a laissez faire situation.”

Chipp envisages the government putting in the same kind of laws that it currently applies to the alcohol market. “Alcohol was a proscribed, prohibited substance in the 1930s and it didn’t work in alleviating the harm of alcohol use. So, they abandoned prohibition and implemented a regulated supply, which is what we have in Australia. There are arguments to say that regulation on alcohol should be more stringent to minimise some of the harms of alcohol addiction.”

Chipp argues that if the government puts in place government-regulated market mechanisms it can minimise the social impact of drug use. “New Zealand is now having a referendum to implement a regulated cannabis market. Our position is that opiates are no different from other substances in that you should have a regulated, legally controlled, and taxed market.

“I think in the case of heroin you certainly could have a very strongly regulated government supply. It is just not that different to other regulated markets. If somebody is addicted to heroin they could go to a doctor and get it prescribed as a dose of heroin. The benefits socially are enormous with that approach. You remove a black market that is supplying addicted people.

“In an illegal subculture market, a heroin user needs to get an inordinate amount of money to feed their habit. ‘Contagion’ occurs very easily. They are affecting other people in a social group, even by example. It leads to an expanding market and more people becoming addicted.”

Government regulation would also reduce one of the biggest risks to users, according to Ethan Nadelmann, founder of the Drug Policy Alliance. He has commented that users often overdose because they do not know the purity of the heroin they are using. “Just imagine if every time you picked up a bottle of wine you didn’t know whether it was eight per cent alcohol or 80 per cent alcohol, or if every time you took an aspirin, you didn’t know if it was five milligrams or 500 milligrams?”

The focus on drugs as a social ill tends to obscure the fact that, for many, taking drugs can be a form of mental relaxation or even a profound way of reimagining the world. With legal drugs, such as alcohol, the pleasure derived is an entirely accepted part of the cultural fabric. Yet there is no immediately obvious reason why drugs such as cannabis, and even opium derivatives, should be regarded as any different.

What drugs mean to human beings should be seen as neither simple nor uniformly bad. Inglis comments that dealing with drugs is a “battle fought only with ourselves.” She writes: “The poppy has held humanity’s hand and will continue to do so ... we must seek to navigate the harm it can do while retaining our faith in the marvels it can achieve. This will be our endless opium war.”

This article first appeared in the Rationalist Society of Australia’s June 2020 quarterly hard copy journal. Reproduced with permission and thanks.

David James is a freelance journalist and editor.