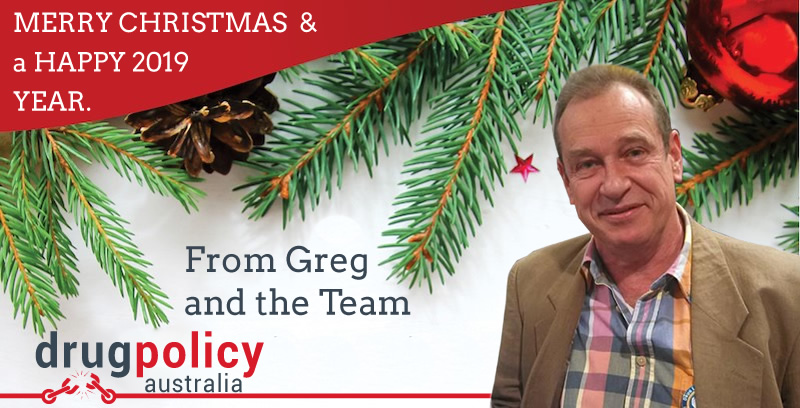 As another year ends, the Directors and I would like to thank you for your support in 2018 and wish you a happy Christmas.

It's been a huge year for drug policy reform in Australia and around the world.

Here are a few of the incremental but significant developments.

These are positive developments, but there is a lot of work to be done to reform Australia's counterproductive drug laws which is why we need your help.

All Donations are Tax Deductible

With the help of many supporters, we've expanded our advocacy activities this year with submissions to 2 parliamentary drug inquiries, held street stalls campaigning for pill testing, attended the Rainbow Serpent festival and organised two drug reform events at the Melbourne Town Hall. 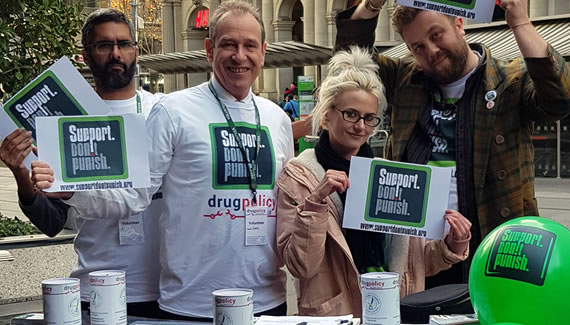 We hope to run similar events in other capital cities next year, so if you'd like to organise a Support Don't Punish event in your city, please contact me before the 28th Feb 2019. 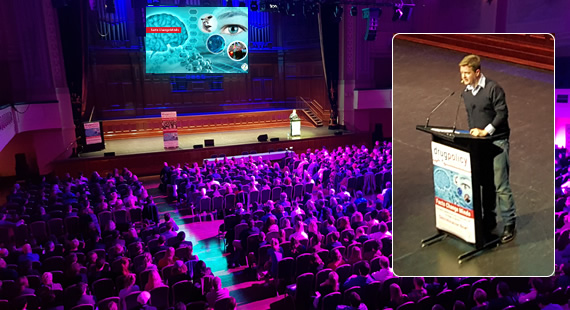 Depression and addiction are on the rise in Australia, fed by stigma and silence. Criminalising drug use and medicating depression has not fixed the problem.

Johann Hari, New York Times best-selling author of Chasing the Scream believes that there is a better way.

We sponsored his Melbourne appearance attended by 800 people who were inspired by Johann talking from the heart about decriminalising all drugs, ending stigma and the war on drug users.

While attending the Rainbow Serpent festival last year I was reminded just how vulnerable people are without access to drug testing services.

Drug Policy Australia had a stall in Lexton just outside Rainbow last year and will be attending this year's festival with a Bazaar stall seeking support for pill testing and handing out information.

Come and talk with myself or Adriana Buccianti, a vocal advocate for pill testing services after her son Daniel died at a Rainbow Serpent festival in 2012. 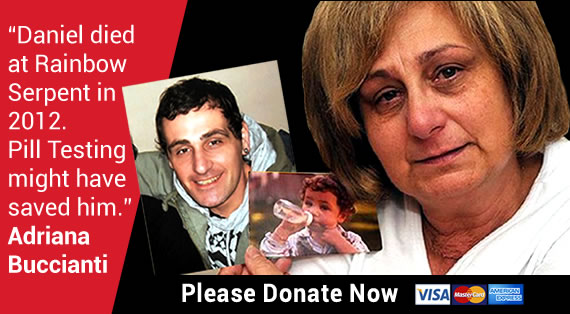 This summer, it’s likely that more young people, like Daniel, will die from poisonous pills at music festivals.

But the right laws and approaches can stop needless deaths.  I stand for drug safety and sensible laws that reduce drug related harm, and increase safety.

Having recovered from my own addition, I appreciate from personal experience how counterproductive the current drug laws are. They certainly didn't help me when I desperately need help, and they are not helping the thousands of families who need help today. That’s why Dr John Sherman, an addiction specialist with 40 years experience and I set up Drug Policy Australia. Help us campaign to treat drugs as a health issue, not a criminal problem.

We push for alternative approaches to drug policy that will save lives.

Will you donate today to help reform Australia's Drug laws?

The best way to help is to make a small regular donation. Just $20/month the equivalent of one coffee a week will help our work for drug safety in Australia?

Please make a regular gift for sensible drug policies as part of your holiday preparations.

All Donations are tax deductible and receipts will be issued by email.

With your help, e are looking forward to expanding our work in 2019.

Thank you for caring. Greg