Law enforcement and drug law reformers have been warning for years, that fentanyl will come to Australia.

At Drug Policy Australia, we advocate for ensuring the Australian public is equipped with the information needed to make well-informed choices about what they use, so let’s make this clear.

Ingesting a tiny pinch of salt’s worth of fentanyl can be lethal. Fentanyl is highly potent and cheap, so illicit drug manufacturers often mix fentanyl with other drugs to increase potency and reduce production costs.

As predicted, fentanyl has made it to Australia, and to those who use drugs, please keep yourself safe by testing your supplies for fentanyl (we provide fentanyl testing strips at a low cost). Also, ensure that you have someone who can call 000 and administer naloxone for you in the worst-case scenario that you overdose on fentanyl.

Sharing information about contaminants in the drug supply is vital to keeping people safe and reducing harm. So it is disappointing that the Australian Federal Police (AFP) discovered fentanyl on Australian shores in December 2021, yet only announced this two days ago, nine months later, in a press release accompanied with a generous helping of misinformation.

Why does the AFP feel it necessary to embellish the facts?

According to the AFP’s press release, fentanyl is so toxic that officers must wear biohazard suits, complete with gas masks, to protect themselves from breathing it in or letting fentanyl touch their skin which could cause "loss of consciousness and even death". 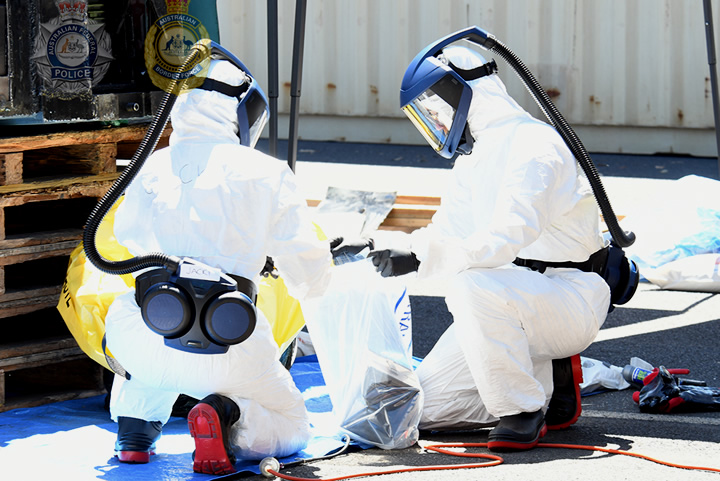 AFP acting Commander Anthony Hall hammed it up further in the press release where he said “the lethality of fentanyl, even in small doses, required our forensic officers to wear bio-hazard suits and we had multiple ambulances on standby. Even in this highly controlled environment, there was a risk to our members’ safety.”

Did he really say "multiple ambulances"? Has he not heard about the National Naloxone Program, available from any pharmacy that reverses the effects of opioid overdose including fentanyl in seconds? Either this is breathtaking ignorance by the Australian Federal Police or overreach by the infamous AFP Public Relations team that is known to spread propaganda stigmatising drug users. 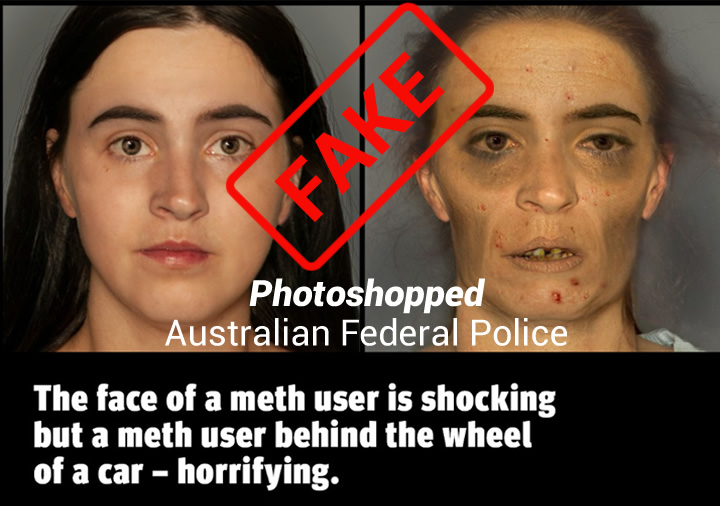 Scientists debunked this myth about fentanyl being absorbed through the skin years ago. According to the American College of Medical Toxicology, it would take two and a half hours of breathing in fentanyl at the highest possible airborne concentrations to yield even an effect, much less kill you.

The truth is that although small amounts of fentanyl can certainly be fatal it is not ingested through the skin and does not give off deadly vapours. It can be handled safely with just a face mask to protect from an unexpected gust of wind.

By perpetuating this myth, the AFP is not providing useful information - it’s plain fear-mongering, and the devastating effects of baseless stigma manifest itself when police officers and paramedics refuse to assist overdose victims out of fears that touching fentanyl might kill them.

The AFP conclude their press release by congratulating themselves on ensuring, "illicit drugs don’t reach our communities’" As wonderful as that would be, that statement isn’t true.

Firstly, this one fentanyl bust - significant as it is - shouldn’t be treated as a disaster averted; it must be seen as the tip of the iceberg. Even the ACIC themselves admit that what they bust is but a fraction of what circulates in Australia. Now, nine months after the first batch they knew of, fentanyl has certainly "reached our communities". It is misleading to act as though Australians can be kept safe from harmful contaminants as long as busts keep occurring. Perhaps it is time to acknowledge that prohibitionist policies fail to keep vulnerable Australians safe - and perhaps it is time to consider sensible policies which need not hinge on twisted truths.

Secondly, fentanyl's arrival in Australia is precisely a product of prohibitionist policies - a phenomenon well-known as the "iron law of prohibition". Its principle is simple: the highest cost of bringing prohibited drugs to market is avoiding detection and confiscation. Then, it simply makes economic sense to smuggle drugs of the highest potency per volume shipped. In the American alcohol prohibition, it was highly potent moonshine whisky, not low alcohol beer that was smuggled across state lines by organised crime.

The financial pressure of prohibition does not curtail the illicit drug trade - it only incentivises investment in more potent drugs. This story has played out time and time again: research shows that drug profit and potency increase in response to enforcement success, and prohibition has provoked market shifts from, cocaine to crack, amphetamines to ice, and now heroin to fentanyl. We’ll find out what follows after fentanyl soon enough if things don’t change.

We’ve got a couple of ideas on where to start.

Commander Watson of the AFP says that this fentanyl bust has "undoubtedly saved many, many lives". If saving lives was their priority, there is a policy response to manage drugs that tackles the violent illicit drug markets from top to bottom, emancipates the marginalised, and saves lives: it’s drug regulation and decriminalisation.

Further, the AFP’s press release states that "people who use illicit drugs can never be certain what they are ingesting and this seizure highlights the potentially lethal game of Russian roulette they play". It is victim-blaming to suggest that drug users want to risk their lives.

Suppose the government truly wanted to ensure people who use drugs are safe. In that case, they could control the supply chain by regulating quality and dosage as they do in alcohol and other pharmaceuticals. After years of scientific research, Switzerland implemented heroin-assisted treatment programs (HATs), which directly led to a decline in new heroin users and a 64% decrease in overdose deaths. Drug busts haven’t been proven to save lives, and other countries are moving on with policies that do.

With the arrival of fentanyl on Australian shores, we hope decision-makers will finally heed our warnings, instead of pacifying themselves with counterproductive drug seizures, and wasted efforts diverting public attention from harm reduction policies that are proven to work.

If you are concerned about fentanyl contamination you can test your drugs for Fentanyl using the internationally acclaimed harm reduction BTNX Fentanyl testing strips - available from our shop.