People all over the world are warming up to the idea of legalising cannabis, a drug widely regarded as relatively harmless.

But can legal drug regulation work with cocaine? Let’s put it to the test.

It isn’t. Prohibition has failed spectacularly with disastrous consequences.

The war on drugs’ aim is to stop people using drugs like cocaine by imposing criminal penalties. According to the CNBC, it has been 50 years and more than a trillion dollars. One would hope that such an exorbitant effort would produce tangible results.

Alas, it hasn’t. All it has achieved is the criminalisation of cocaine users, a group which grows by the day.

According to the Australian Institute of Health and Welfare, in NSW, 1 in 20 adults over the age of 14 have used cocaine, the vast majority of whom are non-problematic users. According to the United Nations Office on Drugs and Crime, Australians are the world's highest per capita cocaine consumers. ACIC wastewater analysis reveals that Australians sucked up over five and a half tonnes of cocaine in 2019. 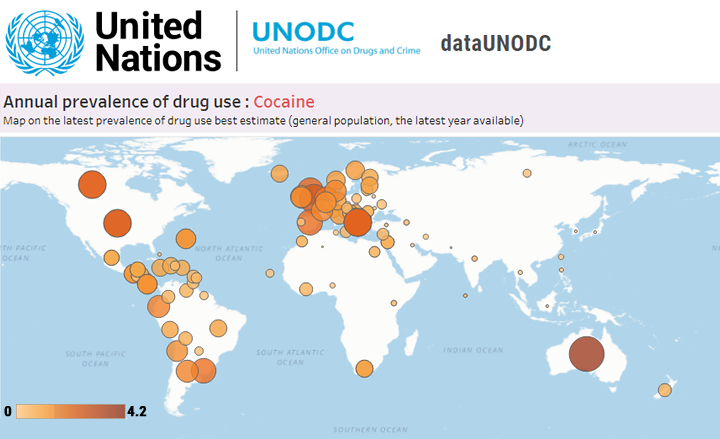 Ironically, criminalisation isolates problematic cocaine users from their support networks and gives them a criminal record which stamps out opportunities for re-integrating into society – two social factors which, by the way, are vital to recovering from problematic drug use.

Cocaine users have and will continue to use cocaine despite prohibition, which fails to reduce demand but succeeds at forcing users underground, where an illicit cocaine market is happy to risk lives for profit with crude contaminated products. These risks are inching ever closer to Australian shores, with fentanyl (lethal at minuscule amounts) beginning to crop up in Sydney’s cocaine supply.

South American cocaine cartels hold an illicit monopoly over the global cocaine supply, which generates the money enabling them to exploit marginalised farmers. Instead of addressing this issue with logic and compassion, prohibitionist regimes burn and poison farmers’ crops, devastating the livelihoods of already marginalised farmers, forcing them to find new soil by clearing invaluable South American rainforests and accelerating the pending climate catastrophe.

Prohibition has failed. The unconscionable financial and human cost of prohibition will only continue to rise as a result of the war on drug users. We must think of a better way.

Perhaps we can look at a country that already has. Colombia’s policies have historically championed excessive enforcement led by American militarisation, but things are starting to change. 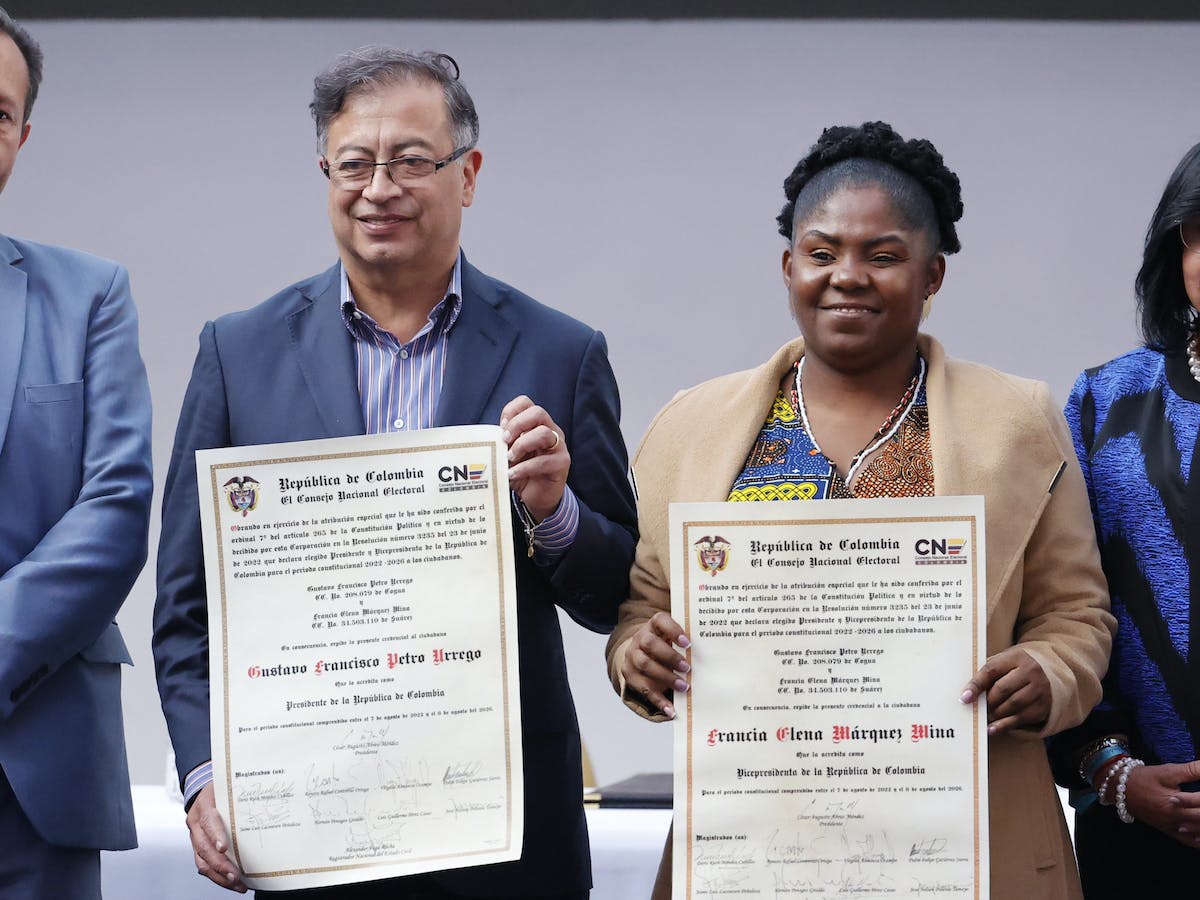 At his inauguration, Colombia’s first leftist president Gustavo Petro denounced the war on drugs as a failure, called for the re-evaluation of outdated drug treaties, and promised solidarity with Colombia’s most vulnerable cocaine users.

“It’s time for a new international convention that accepts that the war on drugs has failed”, President Gustavo Petro said.

Hopes are high that an innovative draft bill aimed at overhauling Colombian drug policy might be reconsidered. This landmark bill was the first official attempt at regulating coca and cocaine worldwide. By implementing a risk-proportional, three-tiered system, it aimed to curtail illegal cocaine markets while progressing public health, social justice, and environmental priorities across the supply chain.

Indigenous Authorities would vet commercial retail regulations for low-risk, whole coca leaf products. Fair-trade agreements would protect rural farmers, who can sell coca leaf to the State, rerouting raw ingredients away from illicit cartels. The areas they live and work in could receive developmental support, funded by the income generated from State-controlled cocaine markets.

The state would control a manufacturing monopoly over the safer supply of products such as cocaine powder, as well as distribution through licensed pharmaceutical outlets trained in harm reduction practices. A mandatory, anonymised user database would help ensure a steady, clean, but limited supply of cocaine to users, protecting their health without incentivising increased use.

High-risk products such as smokable and injectable cocaine will not be made available by the government. Individuals suffering from problematic drug use would instead receive support from harm reduction services and safe consumption facilities, along with custom dosing and pricing regimes from licensed pharmaceutical outlets to facilitate recovery.

Though this bill was unfortunately rejected by the conservative-dominated legislature in 2020, today, under the Pedro administration, it has another chance. Passing this law could have countless benefits, which not only progress important social development and public health objectives but also undo the destructive effects of the illicit drug trade by displacing their share of the market.

Could it be done in Australia?

However, decision-makers should learn from the mistakes they made around regulating the alcohol and tobacco industry, where profit-incentivised companies wreak havoc on the health of problematic users. So, advertising cocaine should be prohibited, with only the government allowed to sell cocaine products through pharmaceutical outlets. With contaminated cocaine forced out of the equation by government-supplied cocaine made under strict quality control and labour standards, accidental deaths would be reduced. 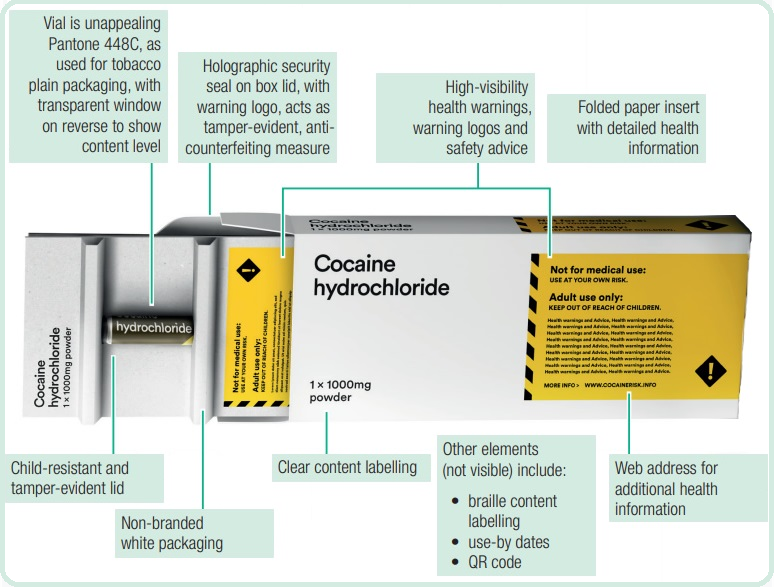 As with rural Colombian farmers, income generated from the legal cocaine market should be used to alleviate the socioeconomic inequalities underlying problematic drug use, such as poverty, over-criminalisation, and limited access to mental health support.

Such a model will require the support of international trading arrangements to help prevent corporate capture, and protect the interests of crop farmers overseas. The prohibitionist principles guiding the United Nations drug treaties, which Australia is a signatory to, will be an obstacle. This does not mean prohibitionist policies are right - it simply means that the UN drug treaties are in desperate need of an update. Progress might seem slow, but attitudes are shifting: Germany and Canada are refusing to comply with the UN’s drug treaties, symbolising a desire for international drug reform.

Cocaine users can exercise control around their use and only a small percentage become problematic drug users. In the U.S., while 14.4% of the adult population has used cocaine in their lifetime, only 0.3% of the American population met the criteria for problematic cocaine use. Legally regulating the cocaine market might seem radical, but only through the eyes of a generation bombarded with prohibitionist rhetoric, misguided at best, and life-threatening at worst. Experts on drug policy have long campaigned for legally regulating drugs. Its benefits include reducing underage and problematic drug use, combatting violence, increasing access to medical interventions, and saving lives - the exact outcomes prohibitionists covet.

Where do we start?

Despite growing cocaine consumption in Sydney, Australia has a long way to go before the legal regulation of cocaine is politically viable.

Decriminalisation, although a half-measure, is certainly a good start.

Adopting decriminalisation would remove stigma and pave the way to treating drugs as a public health issue. Regardless of how we begin undoing prohibitionist policy, one thing is certain: criminal penalties, which serve as significant barriers to recovery from problematic cocaine use, must be removed.

At the minimum, decriminalisation will save lives, as it ensures that people will call for help at the scene of an overdose instead of fearing criminal consequences. However, decriminalisation does not address contaminated supply nor the financing of organised crime. It needs to be treated as the start of a desperately-needed set of drug reforms to move towards a better, more sensible future.