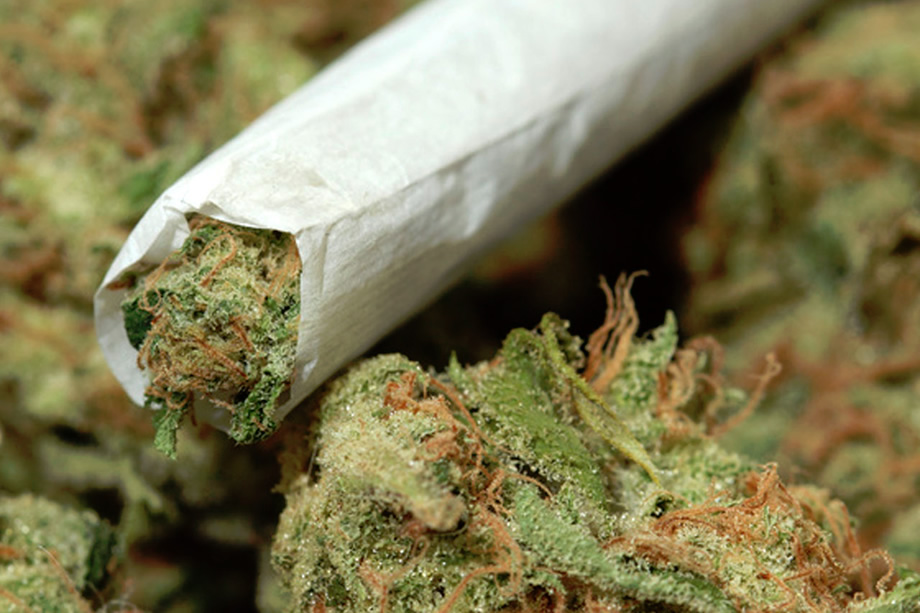 "Why are the police proceeding with this?” was my question. My client said what she had in her pocket barely registered on the police station’s weighing machine.

One of my first cases as a young lawyer was plea bargaining for a PhD university student arrested for a small amount of cannabis because she happened to be talking to a person ‘of interest’ to the police. Other people are unlucky too.

They are arrested for growing one plant or stockpiling plant matter in summer for personal use in winter above the ‘in your pocket’ limits. I say unlucky because of the widespread cannabis use in this country, which means that police are only ever getting to a tiny fraction of ‘criminals’ in any one year and mostly by chance.

If you visit your local court you will see people lingering in waiting rooms for victimless crimes like personal drug possession. Many are scared, but few will learn useful lessons or get the help they need directly from a retributive justice process. A fine, criminal record or short mandatory drug course, is unlikely to result in behaviour change.

I am incredulous that we put people through the police and court system for cannabis in 2019. Really? The strangeness of throwing the book at cannabis is that it is clearly a far less harmful drug than alcohol. Although cannabis has risks, relative harm is something that is no longer seriously debated among scientists. And it made me wonder, what would Australia be like if we took cannabis out of the law enforcement equation?

The Cannabis Laws are Stupid 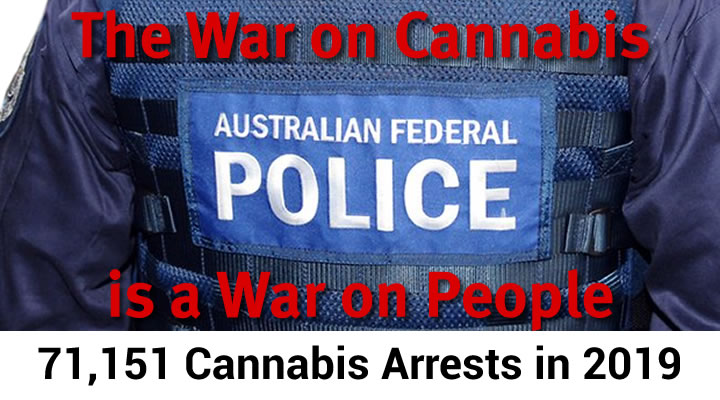 The Australian Crime Commission provides yearly data on police efforts to win the ‘War on Drugs’. Cannabis continues to account for over half of all drug arrests, the overwhelming majority of those are for simple possession (91 per cent). In short, arresting people for having marijuana is the basic and senseless activity of the drug war. Stupid. A tragic waste of resources.

The community isn’t aware of how much it costs to have large amounts of people being dragged through the courts for personal cannabis use. People need to be charged, processed, and entered into an already overcrowded court system. Police time and judge time is expensive.

Cannabis possession justifies a massive drawdown of resources, probably $600m of the $1.1billion Australian drug war budget. Even conservatives would say that legalising cannabis would allow law enforcement bodies to concentrate on what the community considers to be the really damaging drugs, like ice and heroin. Those extra resources could also be used for any number of better uses such as social workers, nurses and counsellors.

Generally, government agencies have sought to lump cannabis in with harder drugs and market the idea to the public that illicit drugs are one big inseparable problem. The community is understandably frustrated that over the last five decades, the drug war has not succeeded in curtailing use or abuse of drugs. But that frustration has fuelled more awareness.

Part of that awareness is that people are generally aware that the relative health impact of a drug depends on the specific type of drug used and the circumstances of its use. The Australian Institute of Health and Welfare’s 2016 household drug survey found that the proportion of the population that perceived cannabis to be associated with a ‘drug problem’ declined in 2016 (23%). Alcohol remains the biggest perceived problem. It is incredibly encouraging that the community is disbelieving decades of hysteria that overemphasised the dangers of cannabis (Reefer Madness), while giving tacit approval to the excessive use of alcohol.

Between 2013 and 2016, community tolerance for cannabis use dramatically increased by 9%. Support for Cannabis legalisation increased from 26% in 2013 to 35% in 2016 and support for legislation permitting the use of cannabis for medical purposes increased to 85% for people over 18 years. Approval of regular adult use of cannabis was higher in 2016 at 14.5% compared to  9.8% in 2013.

It turns out when asked that Australians are most concerned about alcohol (28%) and ice (45%). There is also a new concern in 2016: over the counter opioid painkillers. Abuse of painkillers was ‘off the radar’ for government policy-makers as late as 2007.

Opioid painkiller misuse is represented as a complex health issue in most media commentary, partly because of doctor involvement and the political fact that it is largely a middle-class issue. I hope it will be separated off from the criminal system and tackled in the health arena. It is unlikely to fuel more of a ‘law and order’ response because there is no political mileage in demonising pain sufferers. The same shift should happen for other drugs too, once we stop stigmatising people who have abuse issues.

Cannabis should be first. Imagine taking cannabis abuse into the health sphere too - and then imagine the police having less than half the arrests to make each year for drug-related crimes. From the 154,650 drug arrests in 2016-17, 77,549 were for cannabis. Remove cannabis from the law and order equation and we would have only 77,101 drug arrests. When you do the maths and take cannabis out of the equation, it is almost impossible to maintain the same footing on the war on drugs.

Cannabis is legal in Canada, Uruguay and 10 American states

The statistics tell us that without cannabis the drug war would be less than half the size it is now if it could continue at all in its current form. Australian drug law enforcement budgets could be cut by 50 per cent. That money could be put into hospital beds and treatment centres for seriously affected drugs users. Quite aside from that, there are positive social effects of regulation, such as greater control of supply away from minors through identity checks. The economics are also something incredibly interesting to remote communities who need new industry in the wake of the mining industry slowdown. Cannabis is now fully legal for adults in Canada, Uruguay and 10 states in America. In Canadian, the government redirects tax revenue from Cannabis sales into social services money that would otherwise be going to organised crime.

There is much that rides on cannabis legalisation. Cannabis is a huge part of the war on drugs and therefore a big deal for those arguing for the unreachable vision of a ‘drug-free’ Australia. They will turn out in force to stop any attempt at reclassifying Cannabis out of the criminal code.