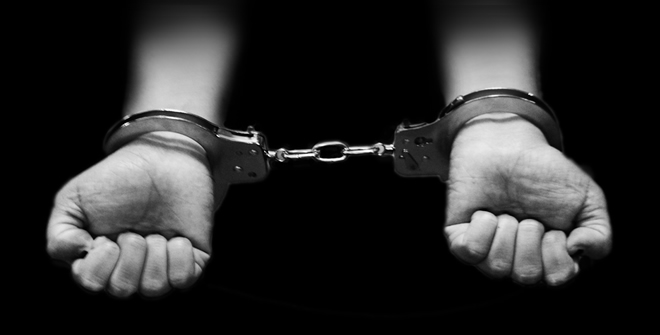 On December 2, a motion in the ACT Legislative Assembly made consideration of the passage of a bill to decriminalise possessing small quantities of illicit drugs dependent on the government coming up with a plan for effective treatment of co-occurring mental health and substance dependency problems.

This was probably not the first time that the Assembly has resolved on a course that will undermine and delay the outcome that it seeks.

The continued subjection of people who use certain substances to the non-therapeutic, stressful processes of criminal law compounds the underlying problems that may have led to their drug use. It can also exacerbate, and even initiate, any mental health problems that they may have.

The criminalisation of drugs is a notorious driver of stigma and is one of the main reasons people who use drugs are reluctant to seek treatment, as well as being behind the crisis in the Australian mental health system. Criminalisation and the associated stigma that goes hand in hand with illicit drug use disinclines many mental health professionals from having anything to do with people in trouble with drugs.

The select committee that considered the territory's decriminalisation bill heard witnesses describe the failure of the mental health system to provide help when it was needed. Mental health services were stretched to breaking point. For example, speaking on behalf of the AMA, Professor Jeffrey Looi, the head of psychiatry and addiction medicine at the ANU Medical School, observed that mainstream health services "frequently struggled to meet levels of demand that they face, because of unsustainable under-resourcing, understaffing and lack of infrastructure". He added that there were "constant problems with the level of capacity in relation to bed flows; having sufficient beds to care for people with acuity of conditions, with a substantial overlap of addiction medicine problems, including substance abuse ..." The committee also heard from parents at their wits' end. Mental health services, to whom parents had reached out for help, left them to handle their child's challenging conditions without meaningful support.

It is of inestimable sadness that the intolerance of some parents to the drug use of their children pushes the recovery they yearn for more and more out of reach.

The picture painted by witnesses speaking on behalf of drug treatment services was more optimistic, whereby even those who displayed florid co-occurring mental health and substance dependency problems were successfully engaged, retained and stabilised in a treatment service. Those services were also struggling with funding sufficient for only half the estimated demand, but, in responding to people with co-occurring conditions, they were clearly in a far less dysfunctional state than hospital emergency and mental health services. They all articulated the need for services that are accessible, effective and non-stigmatising. No wonder they solidly supported decriminalisation.

It is vitally important that those services co-operate with one another so that the best outcomes can be achieved for those seeking help.

A primary goal of drug services is to stabilise people so they are in a position to make better choices, rather than insisting on them being drug-free. Certainly everyone wants their loved one to be free of addiction, but if the choice is between continuing drug use and the higher risk of death from enforced abstinence, life should win.

By and large, drug treatment services recognise the reality of dependence as a chronic relapsing condition. Overcoming that dependence will probably not be the first priority in the life of someone dependent on drugs, but is the consequence of re-engagement with families, friends, work and community made possible by the engagement, retention and stabilisation achieved by good drug treatment services embracing harm -reduction principles. This process requires time and patience.

It is of inestimable sadness that the intolerance of some parents to the drug use of their children pushes the recovery they yearn for more and more out of reach. Such attitudes are the result of years of conditioning from prohibitionist drug policies.

It might even be said that mental health diagnoses serve only to complicate and protract the predicament of drug users and those who love them. A mental health diagnosis only adds to their burden. Compulsory drug abstinence programs, that some parents look to, have fatal consequences. In the United States, where, as one might expect, such programs have found political favour, a 2021 study tells us the rate of accidental or self-inflicted death of those subjected to the programs is a horror story.

For example, those subjected to a compulsory abstinence program in Massachusetts "were more than twice as likely to die from overdose as those who sought treatment voluntarily. Civil commitment treatment facilities have also been the subject of a string of high-profile scandals, including escape attempts and suicides."

It is likely that delaying consideration of decriminalisation until after "the Minister for Mental Health has reported back to this Assembly" will cost lives.

More attention and resources are certainly required to cope with the complex needs of those with co-occurring substance and mental health issues, but be under no illusion: these improvements cannot be achieved while the Damocles sword of criminalisation hangs over people who use drugs. Remove that and both mental health and drug treatment services will be able to do their healing work more effectively, at a fraction of the cost of a fully staffed mental health sector.

The Canberra Social Plan commits the government to "promote respect for human rights, foster a safe and cohesive community, and champion equality of opportunity, access and participation". This embraces people who happen to use drugs. They should not be marginalised. All Canberrans should be able to fully participate in community life, and the most vulnerable in our community and their carers deserve respect and support.