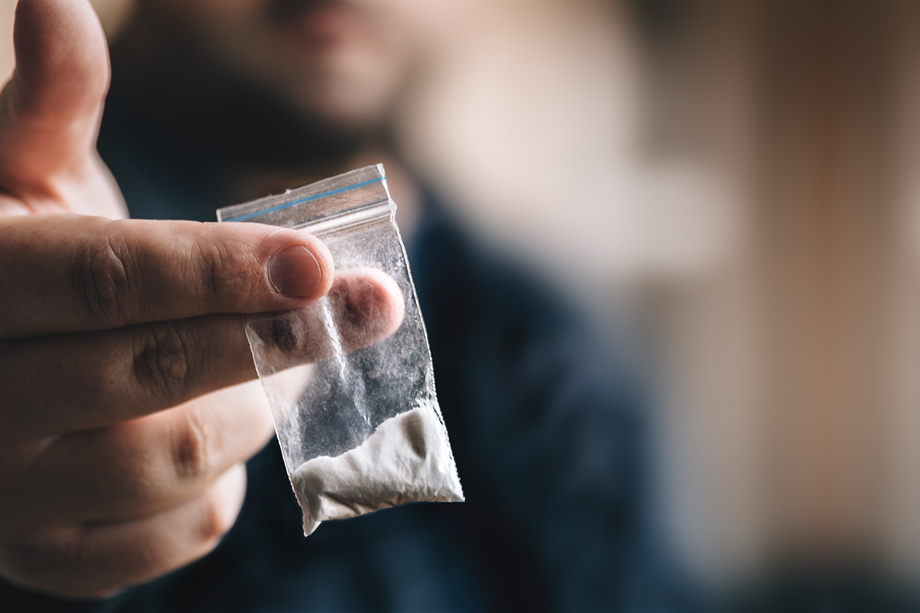 On February 21 NSW Health issued a warning about methamphetamine and cocaine being contaminated with the dangerous opioid fentanyl.

Several people who had taken these illicit stimulant drugs presented to Sydney hospitals with symptoms of opioid overdose, raising the alarm. Drug tests found fentanyl and acetyl-fentanyl had caused the overdoses.

It's believed to be the first time fentanyl has been found in stimulant drugs in Australia.

People using stimulants like methamphetamine and cocaine are not looking for the depressant effects of opioids. They would not have expected their drugs to contain fentanyl.

While you never know for sure what you're getting when you buy illicit drugs, this is an extreme case.

Fentanyl is a strong synthetic opioid prescribed for severe pain, for example to cancer patients or after surgery. It was first developed in the 1950s as a fast acting anaesthetic and pain reliever, but its availability has been restricted in recent years because of a high rate of misuse.

Today it's usually applied in skin patches where the pain is. It's also used in epidurals in combination with other drugs to relieve pain during childbirth.

Fentanyl is much stronger than other opioid drugs like heroin, morphine and codeine.

Opioids are depressants, which means they depress the central nervous system, slowing breathing and heart rate. Other effects include reduced pain, euphoria, constipation, vomiting, slurred speech and loss of appetite.

People who use fentanyl for non-medical reasons inject it. They find a tolerance to the drug builds quickly, the effects diminish quickly and physical dependence is rapid.

Symptoms of fentanyl overdose include difficult or shallow breathing, fainting, cold and clammy skin and blueish lips and skin around the mouth. People can die quickly so seeking emergency help is critical.

Acetyl-fentanyl has a slightly different chemical structure to fentanyl but similar effects. It has not been approved for human use.

Fentanyl has been responsible for many of the overdose deaths reported globally in recent years, including in Australia.

Fentanyl and related substances like acetyl-fentanyl are manufactured illegally in some countries. They're mixed with other drugs to produce powerful effects at a lower production cost. Fentanyl may also be found in other drugs because of cross contamination through careless practices in drug labs.

In the United States more than 700,000 people died from a drug overdose between 1999 and 2017. Illicit fentanyl caused around half of the overdose deaths reported each year since 2013.

While a portion of these people would have knowingly been using fentanyl, many people who overdosed on fentanyl in the US had been using stimulants such as methamphetamine and cocaine.

A study in Canada found 73% of people who tested positive for fentanyl did not know they had taken it.

Illicitly manufactured fentanyl has not been reported in Australia previously. Nine overdose deaths that occurred in Melbourne in 2015 were found to include fentanyl and heroin, however, the source of the fentanyl was unknown.

An Australian study published in 2019 found illicitly produced fentanyl was readily available on the dark web and suggested a high risk of the drug being imported to Australia.

The Australian Crime Commission identified China as a likely source of illicit fentanyl and related substances, highlighting ease of access to Australian markets.

Doctors working in the area of drug dependence have been expecting to see illicit fentanyl in Australia at some point. The fear is Australia could face an overdose epidemic similar to the US and Canada.

How can we reduce harm?

Harm reduction strategies include training people who take illicit drugs in the use of naloxone, a drug that reverses opioid overdoses, and providing rapid fentanyl test strips so drugs can be tested prior to use.

The test strips are reliable and easy to use. A small amount of the drug is dissolved in water and the test strip is dipped into the liquid for 15 seconds.

The test strips are highly sensitive and only a tiny amount of fentanyl is needed for it to be detected. It takes five minutes for the test result to appear.

While the strips have been found to be accurate at detecting the presence of fentanyl, they don't identify the strength or quantity of the drug in the sample.

Most people who use illicit drugs do so occasionally. It's likely people using stimulant drugs will not have fentanyl testing kits or naloxone with them. This increases the risk of harm.

Naloxone, testing kits and drug checking availability in general are the best ways to reduce harm from fentanyl. These will need greater promotion if we continue to see cases like we've seen in Sydney in the past month.