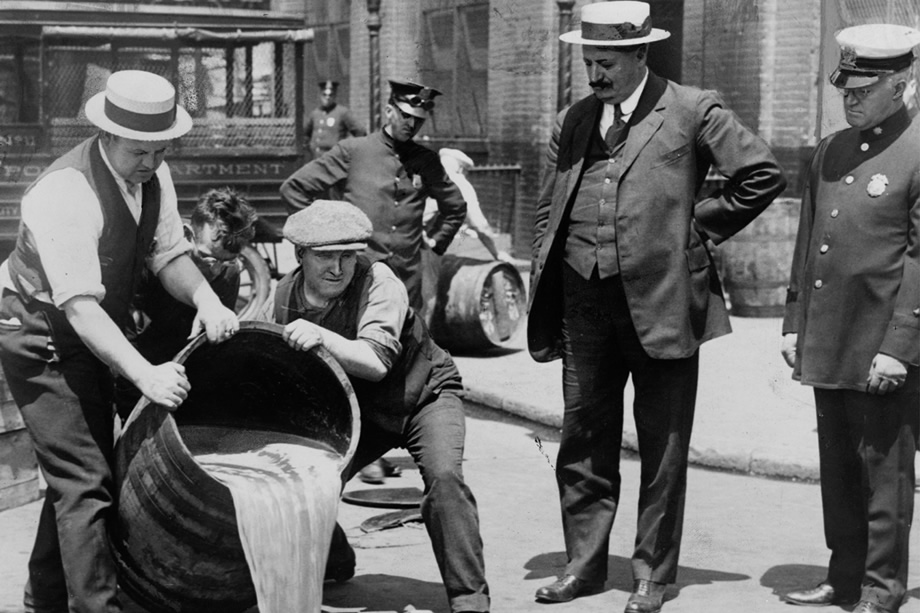 Drug-related offences take up a lot of the resources within Australia's criminal justice system. In 2016–17 law enforcement made 113,533 illicit drug seizures and 154,650 drug-related arrests.

Harm-reduction advocates are calling for the legalisation of some drugs, and the removal of criminal penalties on others. And there's public support for both.

But how did some drugs become illegal in the first place? And what drives our current drug laws?

Legal status isn't based on risk or harm

Most people assume drugs are illegal because they are dangerous. But the reasons aren't related to their relative risk or harm.

In a 2010 study, experts ranked 20 legal and illegal drugs on 16 measures of harm to the user and to wider society. This includes health damage, economic costs, and crime.

Overall, alcohol was the most harmful drug. MDMA (ecstasy), LSD and mushrooms were among the least harmful.

At various times around the world, coffee has been illegal and cocaine has been widely available.

Many drugs that currently carry criminal penalties began life as useful medicinal therapies, such as opiates, cocaine, MDMA, and amphetamines. They were often available over the counter at pharmacies or through licensed sellers.

History of drug laws in Australia

Australia, like the rest of the world, has had a patchy approach to criminalising substances, driven mostly by a desire to maintain international relations – particularly with the United States – rather than by concern for the public's health or welfare.

Before federation in 1901, very few laws regulated the use of drugs in Australia. The first Australian drug laws in the early 20th century imposed restrictions on opium, primarily as a means to discourage the entry of Chinese people to Australia.

The temperance movement, mostly known today for the prohibition of alcohol in the 19th and early 20th centuries, played a key role in shaping global drug policy. Influenced by temperance activists, US President Theodore Roosevelt convened an international opium conference in 1909, which eventually resulted in the International Opium Convention.

Australia signed up in 1913, and by 1925 the convention had expanded to include the prohibition of opium, morphine, heroin, cocaine, and cannabis.

These drugs were prohibited in Australia well before their use became widespread or problematic. It wasn't until the 1960s that recreational drug use became a social concern. That's when cannabis, heroin, and new psychedelic substances such as LSD became more commonly used for pleasure or in pursuit of spiritual enlightenment.

In 1961, the Single Convention on Narcotic Drugs updated all existing international conventions and moved toward a strictly prohibitionist approach to recreational drug use (except alcohol and tobacco).

One of the key contributing factors of drug consumption in Australia was the Vietnam War, during which soldiers provided viable markets for heroin, cannabis, and other illicit drugs.

By 1970 all Australian states had enacted laws that made drug supply a separate offence to drug use or possession, rather than merely a regulatory offence for misusing a medicine.

Drug use and related harms increased exponentially in Australia by the mid-1980s. The emergence of HIV/AIDS, as well as a dramatic increase in heroin-related deaths, led to calls for a more comprehensive approach to illicit drugs.

At that time, Australia led the world in a new way of thinking about drug policy. The National Drug Strategy came into effect in 1985, expanding from strict prohibition to explicitly include harm reduction, in addition to demand reduction (prevention and treatment) and supply reduction (customs and policing). In theory, that is. A recent study found just 2% of drug funding goes to harm reduction, while 66% goes to law enforcement.

Cannabis possession and use is currently illegal in Australia.

But starting around 30 years ago, several states and territories (South Australia, ACT and Northern Territory) removed the criminal penalties for personal use of cannabis. That means it's illegal, but not a criminal offence.

In all other jurisdictions charges of possession can be subject to "diversion" by police or court, allowing offenders to avoid a criminal penalty. Some Australian states have removed the criminal penalties for possession of cannabis.

How are drugs currently classified as illegal?

To be criminalised, a drug needs to be specifically scheduled under the relevant Poison Standards as well as having separate criminal drug legislation.

Until recently, drugs needed to be specifically listed to be considered illegal, meaning legislation was constantly playing catch-up as new drugs were developed to circumvent the laws. Nearly 700 new psychoactive substances have been identified globally in the past decade. These synthetic drugs are designed to mimic the effects of common illicit drugs such as cannabis or cocaine.

Most Australian states and territories now ban the possession or sale any substance that has a "psychoactive effect" other than alcohol, tobacco and food. However, evidence from the United Kingdom indicates such broad bans are unlikely to be effective.

Selective bans have resulted in some drugs that are relatively safe in their pure form becoming much more dangerous. Bans on MDMA, for example, have led to the manufacture of illegal preparations with unknown potency and ingredients.

The effect has also been implicated in the rise of fentanyl use in the United States as authorities crack down on heroin and pharmaceutical opioids.

The focus on reducing drug use doesn't translate to reducing harms. In fact, harms continue to increase despite a decrease in alcohol and other drug use in Australia.

There is no evidence a prohibitionist approach to drug law has reduced the supply of illicit drugs. Instead, it has increased organised crime and acted as a barrier for people seeking help.

Given the failures of prohibition, jurisdictions around the world are starting to look at the issue differently. Several have brought cannabis under regulatory control, much like alcohol and tobacco, and others have removed criminal penalties associated with other drug use.

Most of the arguments to maintain current prohibitionist drug laws continue the moral objection to drug use that began in Australia with our early race-driven opium laws.

Since the beginning of recorded history, people have been taking mind-altering substances. Around 43% of Australians have tried an illicit drug at least once in their lifetime.

Whether you morally agree with drug use or not, the current drug laws are neither reducing harm nor stopping use. It's time for a different approach.