There is a betTer way Shop 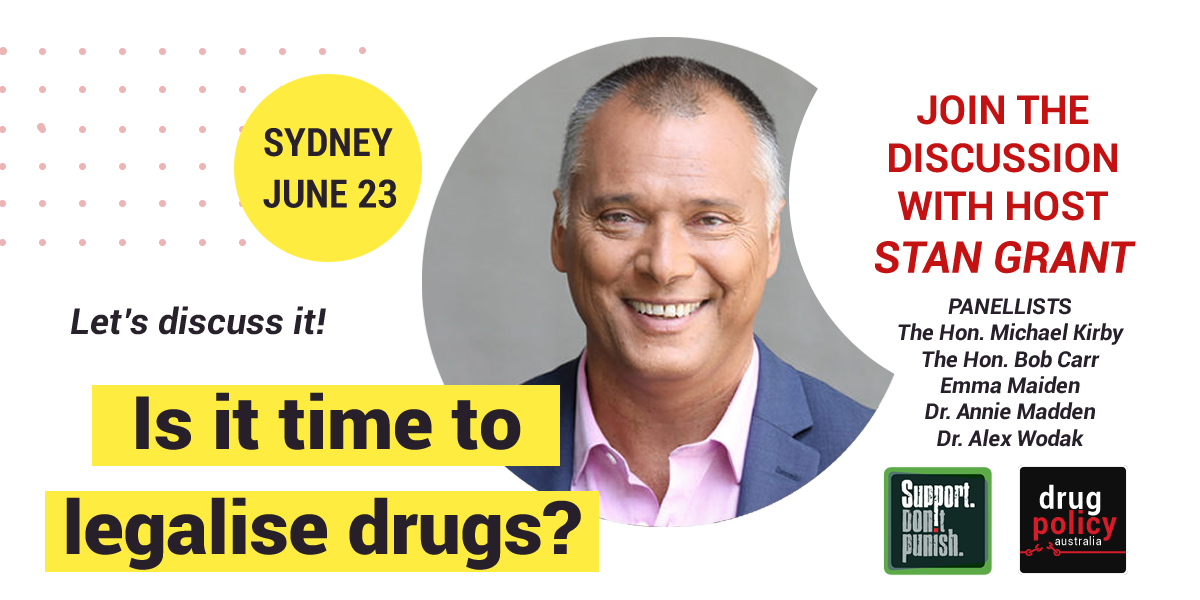 ABC journalist Stan Grant will host a panel of distinguished experts discussing “Is it Time to Legalise Drugs” at the Sydney Wesley Conference Centre on Thursday, June 23.

This panel discussion will be followed by an audience Q&A.

Get the facts from Australia's leading Alcohol and Other Drug (AOD) organisations with stalls providing information about drugs, addiction and their services. Naloxone demonstrations before the forum will show how to administer Naloxone in an overdose emergency and much more.

Merchandise, books from authors such as Anthony Loewenstein and Johann Hari as well as Reagent Drug Testing Kits and Fentanyl Testing Strips will be available to purchase on the night.
Come join us at the Wesley Conference Centre, Pitt St Sydney, on June 23rd for a fascinating insight into this urgent issue that's killing young Australians.

This panel will be followed by an audience Q&A, where you can engage with these eminent opinion leaders.

Come join us at the Wesley Conference Centre, Pitt St Sydney, on June 23 for a fascinating insight into this urgent issue that's killing young Australians. 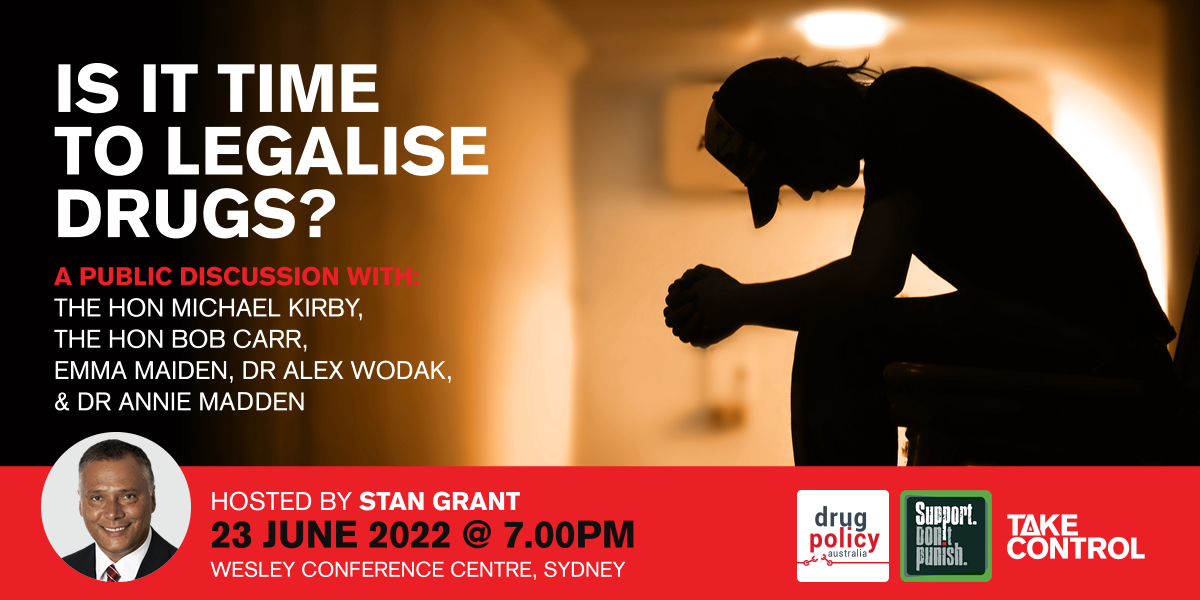 Stan Grant is a renowned journalist, who has interviewed some of the world’s most notable leaders. He was formerly ABC’s Global Affairs Indigenous Affairs Analyst and has gone on to write about Indigenous identity within Australia in his bestselling novel Talking To My Country. In 2021, he was appointed the Charles Sturt University vice-chancellor's chair of Australian/Indigenous Belonging.

Michael Kirby was a long-time Judge in Australia and remains engaged with universal human rights. Since his judicial retirement, he has taken part in many United Nations activities. He is currently Co-Chair of the International Bar Association’s Human Rights Institute. Michael's work convinced him of the need for a radical revision of national and international drug law and policy, to bring this into closer alignment with universal human rights, proportionality and justice.

Emma Maiden - Head of Advocacy at Uniting NSW and ACT

Emma Maiden is the Head of Advocacy at Uniting NSW and ACT and leads their Fair Treatment campaign promoting a compassionate response to drug use. Emma has spoken out about the outdated drug laws and the impacts of civil and criminal sanctions that disadvantage vulnerable populations. She will talk about the Uniting's Fair Treatment Campaign and the recent discussion paper “Possession and Use of Drugs: Options for Changing the Law”.

Dr Wodak is Chair of Australia21, President of the Australian Drug Law Reform Foundation and a former President of the International Harm Reduction Association. He helped establish the first needle syringe programme (1986) and the first medically supervised injecting centre (1999) in Australia when both were pre-legal.

Greg Chipp has been actively involved in politics and public policy for several decades, beginning with his involvement with the Australian Democrats, a political party founded by his father. After recovering from his own addictions, Greg founded Drug Policy Australia, as a Health Promotion Charity, promoting harm reduction strategies that mitigate the health risks of drug use. 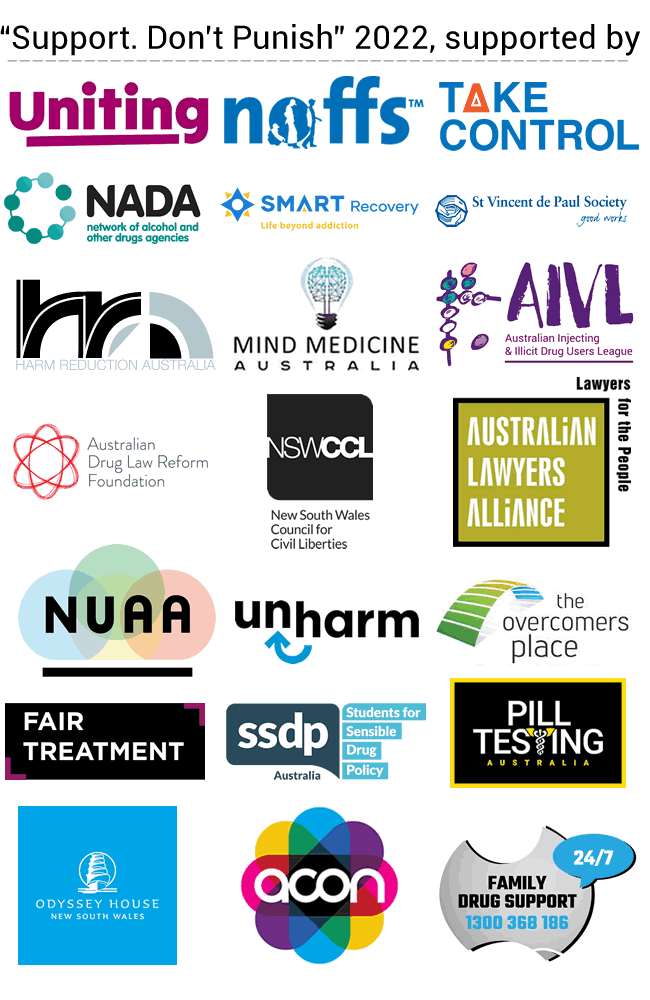