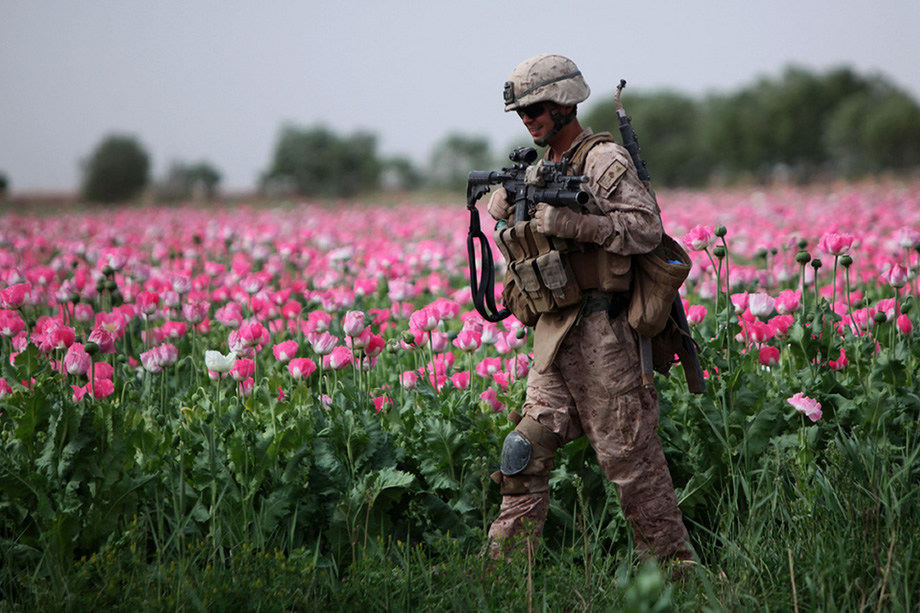 Had these two tragedies been prevented by drug testing it would have made no more than a 0.1 per cent difference to our annual drug-related fatality rate.

In 2017, there were 1,224 deaths on our roads so the death rate from illegal drugs is 50 per cent higher than the road toll and yet all that is being done is more of the same "Just Say No" policy which has been proven by time not to work.

Albert Einstein defined insanity as doing the same thing over and over again and expecting a different result. That's exactly what we are doing now with our war on drugs. It's never worked, and it continues not to work. So what would work?

In 2001, Portugal took the radical, and some would suggest outrageous, path of decriminalising all drugs. Weed, cocaine, heroin, you name it; Portugal decided to treat possession and use of small quantities of these drugs as a public health issue, not a criminal one. So what happened?

Did they become a nation of druggies and stoners? No, what happened was the number of drug addicts fell by over half, the rate of drug induced deaths fell to 1/5, the number of newly diagnosed cases of HIV/AIDS in people who use drugs fell to almost zero.

A history of prohibition

The history of how some drugs came to be illegal in Australia and around the world is interesting. Up until the late 19th century there was minimal regulation of drugs.

The first law to be passed was a ban on smokable opium which was said to be the evil Chinaman's habit and corrupting our fine white women. Further restrictions on narcotics followed in the early 20th century. A soldier leaving for Gallipoli could have walked into a pharmacy and purchased an ounce of cocaine, but upon his return from the war would have found it banned.

In the 1930s, the Americans were having a trade war with the Mexicans who happened to be a major supplier of hemp. At the same time DuPont had just invented nylon and, politics and lobbying being what it is, hemp was banned.

Up until 1954, Australia was the largest per capita user of heroin in the world – it was in the cough medicines of the day. In 1953 there was not a single heroin-related death in Australia.

In the 1960s, it was not unusual for medical staff doing night shifts to be supplied with amphetamines to help keep them awake. Little by little we have come to accept that, for no particularly good logical reason, the toxic drugs alcohol and nicotine should be legal, but more or less everything else should be made illegal.

The problem with this ban-everything strategy was best illustrated by prohibition in the USA which, as well as being an abject failure, was also the event which provided the genesis of organised crime as we know it. Where there is a demand, there will be a supply, and at the moment that supply is provided by an underworld that produces shoddy dangerous products, pays no taxes, and is totally outside any sensible legislative control.

At least 30 per cent of all our crime relates solely to the high prices of illegal drugs. We have created that with the prohibitionist policy of banning some drugs. If we must talk illegal drug testing then testing only at festivals is futile. Testing needs to be freely available 24/7/365.

While testing facilities, like injecting rooms, provide the opportunity to link people to care and education, the major benefit is to increase the quality of illegal drugs. Australia has the worst quality MDMA in the world with around 16 per cent purity as opposed to the average 67 per cent purity in Europe.

Freely available drug testing has provided the market pressure to achieve this. But why is this important? Do we really care if illegal drug users get poor quality product? Well we should; because a person who is used to getting 16 per cent purity gets a potentially fatal 6x overdose if they stumble across something pure.

With 67 per cent average purity the worst case is a 1.5x overdose, and that dose is unlikely to be fatal. Recall Australia had zero heroin overdoses when pharmaceutical-grade heroin was available. Most overdose deaths are accidental and caused by this dangerous unexpected purity effect.

I think it's time we admit defeat and look towards harm minimisation and decriminalisation. Portugal and the Netherlands have both demonstrated that this approach does not cause the sky to fall in. Allowing drug testing only at festivals might create the impression we are doing something but it's likely to be as useful as pissing into the wind.

James Freeman operates a tele-health business and has been an advocate for ethical health practices and a critic of Big Pharma over-charging for medications.