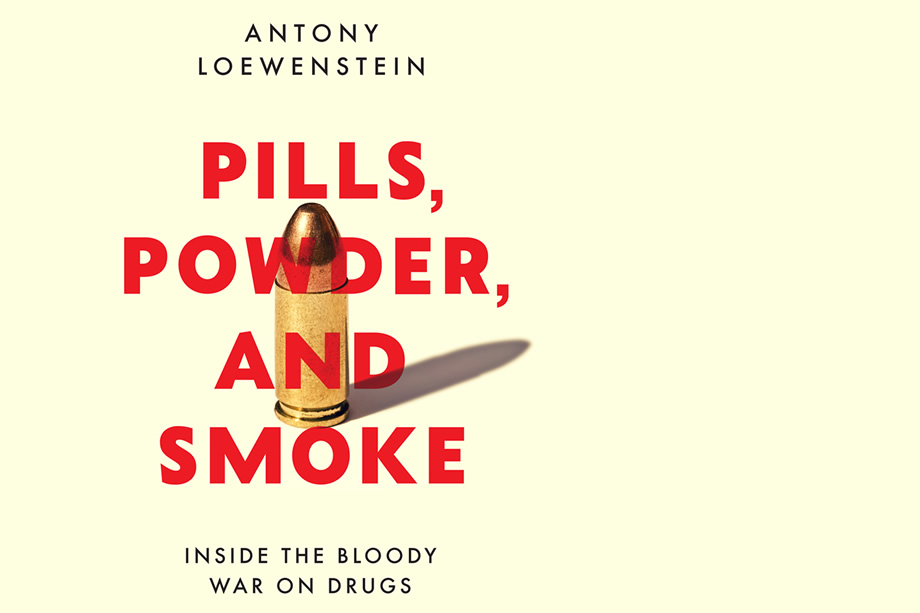 When I started writing about the war on drugs many years ago, I soon realised its connection to the other bogus war in the last decades, the war on terror. Both conflicts are unwinnable and yet countless governments around the world invest billions of dollars annually into a militarised battle that’s done nothing to address the reasons so many people consume drugs.

Instead, drug use and abuse are soaring around the world, including in Australia, and the results are clear to see; overdoses, dirty and untested pills consumed at music festivals and ever-present stigmatisation around anybody who uses illicit substances. 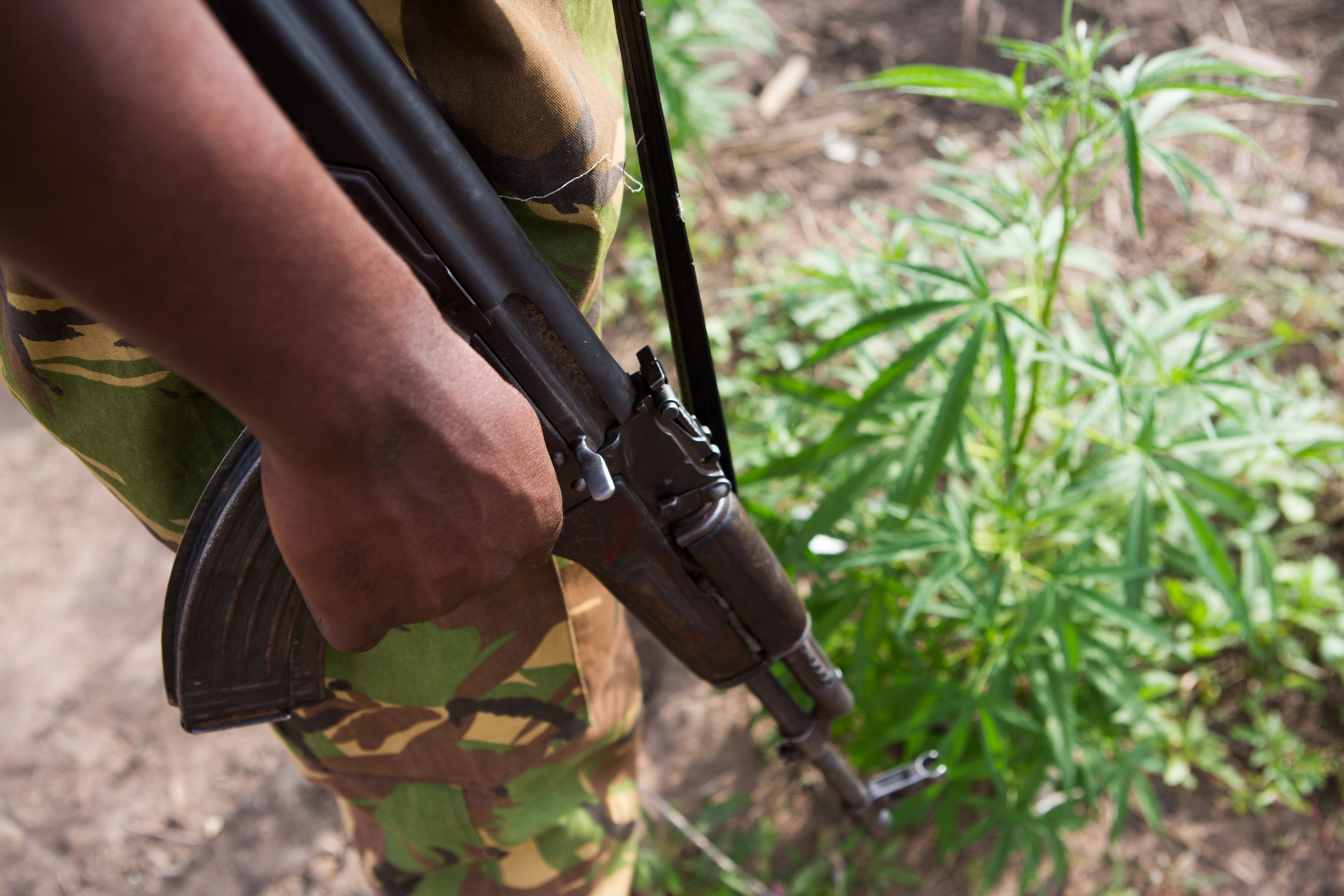 Is Legalisation the Answer?

I’ve long been tempted by the idea of legalising all drugs - Portugal is a positive example of a country that in 2001 decriminalised drugs and it’s now a society that’s far more able to manage both mild and hard drugs - but I wanted the evidence to prove it. My journey took me across the globe in the last four years to some of the key locations where the drug war is being fought. I visited the US, UK, Australia, Guinea-Bissau, Honduras and the Philippines.

Take Guinea-Bissau, a small, former Portuguese colony in West Africa. A large percentage of cocaine on the streets of Europe and the UK transits through this country, one of the poorest in the world. Although it’s not bedevilled by the violence destroying vast parts of Mexico and Colombia, generations of elite military leaders in Guinea-Bissau have turned the nation into a quasi-narco state. My travels there revealed a deceptively languid place where locals enforcers co-ordinate with South American cartels to ship massive amounts of cocaine to willing buyers in Europe. Just this year, nearly 800 kilograms of cocaine was seized in Guinea-Bissau, the biggest bust in a decade.

Perhaps one of the most surprising aspects of my book is the argument for ethically-sourced drugs including cocaine. As an opponent of prohibition, and believer in an individual’s right to consume drugs safely if they choose, I’ve seen with my own eyes in Africa and Central America the poor farmers and villagers in the drug trade who toil for a pittance. They’re the forgotten victims in the war on drugs, a tiny but essential cog in the growth and production of drugs that end up on the streets of London, Sydney or New York.

Too few users in the West consider the grave harms being inflicted on these people and our media rarely examines it. Legalising and regulating all drugs would allow our society to have a mature debate about drugs and find ways to support all players in the drug ecosystem, from the farmers to the end-users.

My vision for a legal and regulated drug market in Australia and beyond explained in detail in my book, 'Pills, Powder and Smoke: Inside the Bloody War on Drugs, would be a government-controlled system that didn’t allow any public advertising, warned against drug use, began education programs in schools around the benefits and pitfalls of drug use, and sold drugs in different, secure locations depending on the danger of the drug. Legalisation and regulation isn’t a free-for-all where drug use is encouraged. A regulated system guarantees drugs would be clean and tested, whether ecstasy or heroin and Portugal’s decriminalised example shows that drug use and abuse has dramatically fallen since its enlightened policy was adopted in 2001. 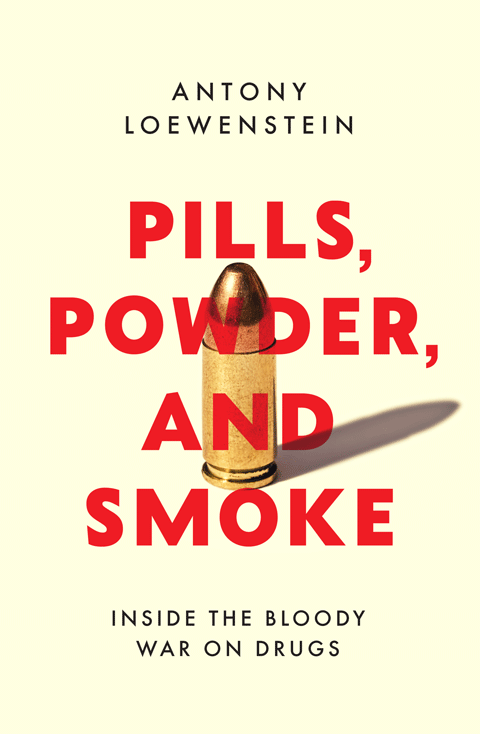 I call my book, ‘Pills, Powder and Smoke: Inside the Bloody War on Drugs because I want to challenge the myth that the drug war is winding down as some US states have legalised marijuana. If anything, deaths due to unregulated drugs are rising from the US to Scotland and Mexico to Australia.

The drug debate in Australia is often immature and circular. Too many journalists mindlessly rehash police press releases when the latest drug bust takes place. Such stories achieve nothing apart from reinforcing the myth that law enforcement can and will beat the drug cartels. Any honest policeman will tell you otherwise. It’s a losing battle.

'Pills, Powder, and Smoke: Inside the Bloody War on Drugs' is the forthcoming book by Antony Lowenstein, released on the 3rd of September.

'Antony Loewenstein is an amazing journalist. Anyone who cares about the war on drugs should read this book.' JOHANN HARI, AUTHOR OF CHASING THE SCREAM