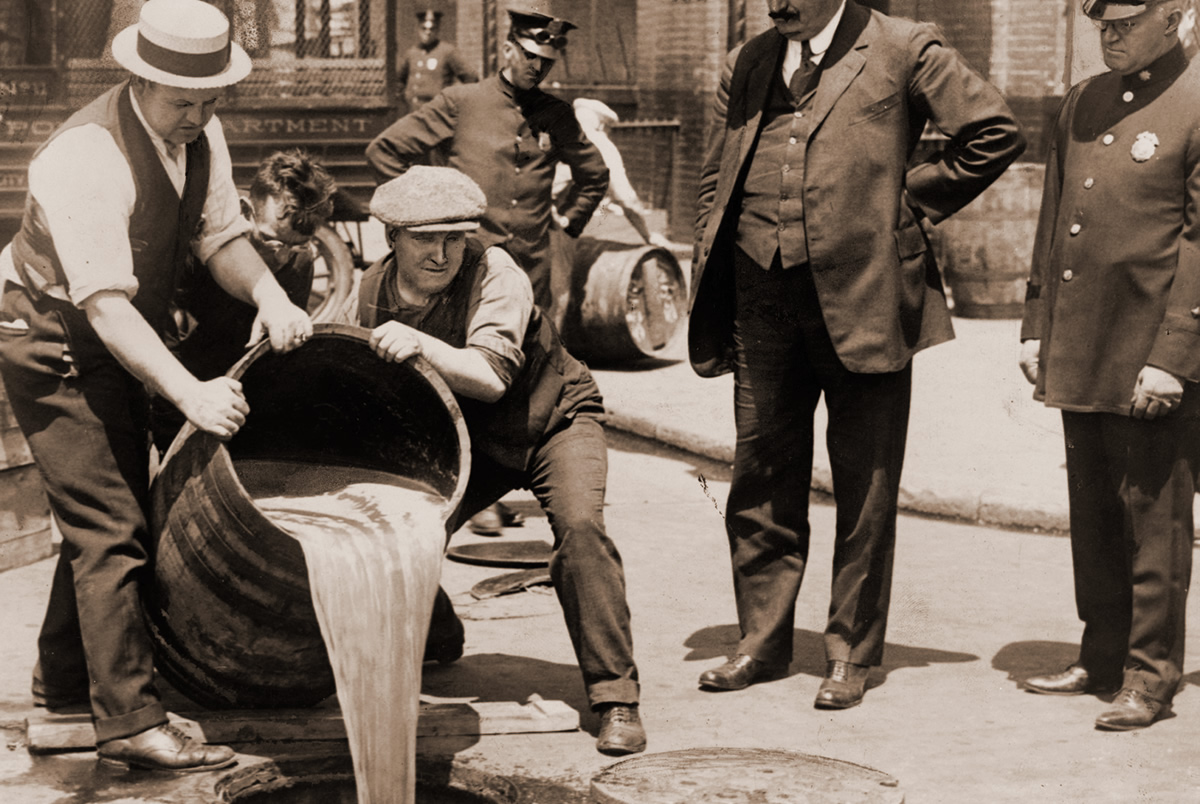 An Anomalous Century of Drug Prohibition

The US led the push for global drug prohibition early last century. On the domestic side, this commenced with the 1914 Harrison Act, while, internationally, Washington pressed for the first international drug control treaty, the 1925 Geneva Convention, which it refused to be a signatory to.

Over the following decades, a series of international drug control treaties were negotiated. These were eventually consolidated under the 1961 United Nations Single Convention on Narcotic Drugs: which is the key document of the prohibition era.

US President Richard Nixon then launched his official war on drugs in June 1971, marking an intensification of the law enforcement arm of prohibition. His administration did so with the aim of criminalising and controlling African American communities and the rising antiwar movement.

Forty years later, the former heads of state and leading intellectuals that comprised the Global Commission on Drug Policy condemned the drug war as a failure, which has increased drug use, led to mass incarceration and caused the development of a huge transnational criminal network.

Twilight of the drug war

Drug Policy Australia is a non-government organisation that promotes a move towards treating drugs as a health issue and the abolition of the criminalisation of people who use drugs. The end goal being a system of legal regulation of those substances that are now classed as illicit.

Greg Chipp is the managing director of Drug Policy Australia. Having run for the Australian Senate on a drug law reform platform, he asserts that rather than preventing drug dependency or helping overcome such a condition, prohibitive laws act as an obstacle to recovery, and hence cost lives.

Sydney Criminal Lawyers spoke to Greg Chipp about why local authorities continue down a law enforcement path in dealing with drugs, the global trend towards the legalisation of cannabis, and why he posits that drug prohibition is on its way to falling over. 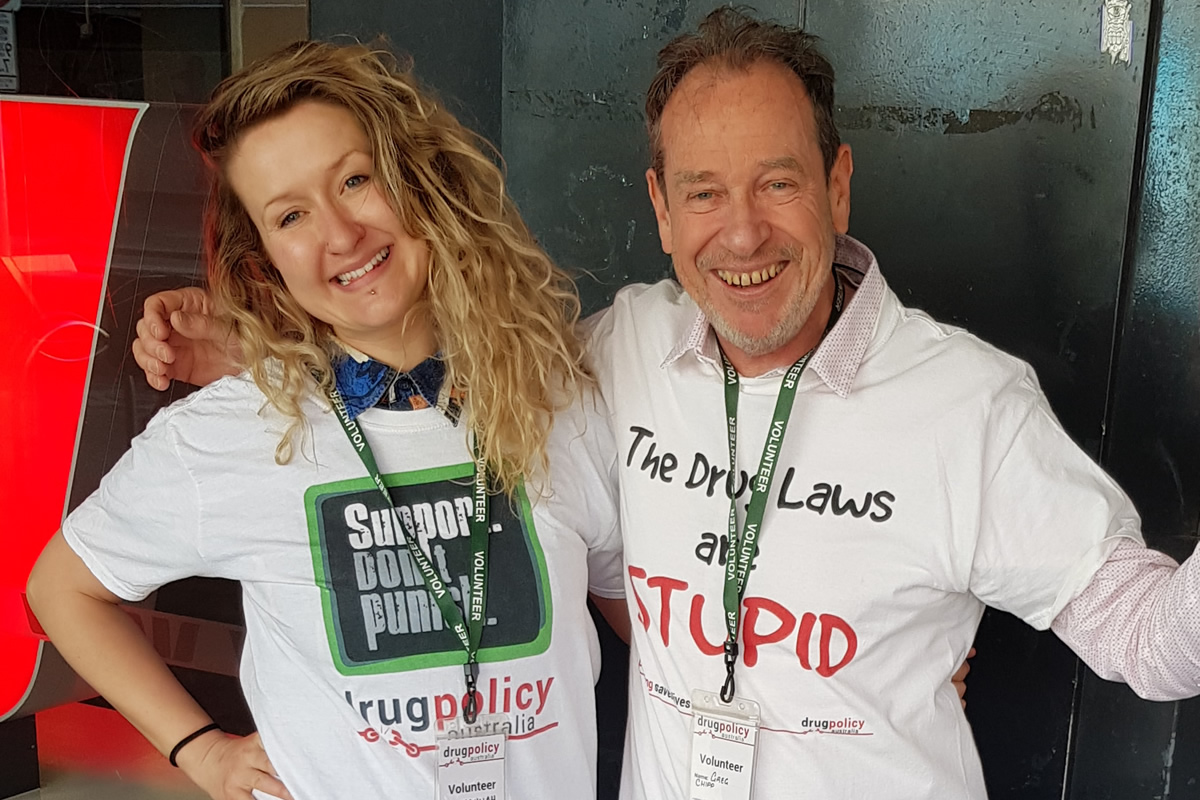 Firstly, since the mid-1980s, harm reduction has formed the basis of our nation's National Drug Strategy. Back then, Australia was leading the world in terms of this approach with measures such as the nationwide rollout of needle and syringe programs.

Greg, in your opinion, how is our nation holding up today in terms of harm reduction?

We've become an outliner in the world of drug policy reform. As you point out, we were world leaders in harm reduction in the 80s, with needle exchanges and other innovative measures to treat drugs as a health issue and try to mitigate the damage.

But, unfortunately, in the late 90s, then prime minister John Howard introduced a new tough on drugs strategy that upended a lot of the good work that had been done in the preceding decade. It was a tragedy that has cost many Australian lives.

Not to be unkind to Howard. He did spend some money and create some initiatives, but, ultimately, he instigated a backflip on strategies that could have done a lot of good over the next 20 years.

An example of that is the work that was done in the late 90s for a heroin-assisted treatment program. It's a proven method to keep long-term heroin addicts alive and in treatment. It has been used in Europe. It was successful in England and various other jurisdictions.

A lot of work had been done on the program by addiction specialists and doctors in Australia. It was about to go ahead in the ACT, but Howard intervened through his health minister and scuttled the plan.

It has certainly cost long-term heroin addicts their lives over the intervening years.

When the war on drugs started in America in the 1930s, it was prosecuted by Harry Anslinger, who criminalised not just the medical prescription of opiates – which was quite a common occurrence – but also criminalised doctors for prescribing opiates to a largely middleclass addicted population.

The opiates were in the form of laudanum, opium mixtures and morphine. And these addicts were responsible, working members of society.

But, with the criminalisation of the use of these narcotics, the medical professionals – pursuing the Hippocratic oath –stood up and refused to comply with the law.

In actual fact, at that time, there were over 30,000 doctors in America charged with felonies for prescribing opiates. Three and half thousand of them went to gaol.

So, historically speaking, the prohibition and criminalisation of the people who use drugs is not the norm. It has only recently been introduced.

And the Australian heroin trials would likely have been successful if we'd had John Howard's support.

The Drug Policy Australia website lists figures that suggest overall Australians are annually spending close to the amount, if not the same amount, of money on illicit drugs as they are on the legal drug of choice alcohol.

Does this reveal a disconnect to how the authorities are approaching Australian recreational use of substances compared to what's actually happening on the ground?

Disconnect is a kind way of putting it. Wilful ignorance would be a better way to put it.

We've got somewhere between two to three million Australians using cannabis regularly, according to the government's own national health survey. Yet, the government refuses to acknowledge this, and instead attempts to arrest and criminalise these people.

An example of the disconnect or wilful ignorance would be the refusal of all state governments to implement pill testing at festivals. Again, according to the same government survey, there's half a million Australians that use pills, mainly ecstasy, regularly.

They refuse to implement harm reduction measures that would save lives. And at the end of the day, I really believe these government authorities are culpable for these avoidable deaths.

A private members bill is currently before the ACT Parliament, which aims to decriminalise the personal possession and use of a range of illicit substances in the capital territory.

The bill was introduced by Labor MLA Michael Pettersson, who brought an earlier bill that led to the personal possession and use of cannabis being legalised in Canberra.

What are you expecting to happen in regard to decriminalisation in the capital?

On 1 February, Oregon, a state in the US – the home of the prohibition on drug use – decriminalised all drugs. It was substantial legislation that allowed reasonable quantities of up to 2 grams of cocaine and heroin to be possessed without criminal liability.

That's the context for Michael's bill in the ACT that has been supported by the Greens, and, as I understand, is under consideration of the Liberal Party in committee.

There's a good chance it will be passed. It's a sensible, harm reduction measure to not criminalise people for simply using a drug.

The upshot of this will be the beginning of the end of drug prohibition. That's what's happening in America. You've got a whole state in America decriminalising all drugs, and there are two other states considering similar legislation.

The prohibition on drug use, and the people who use drugs, is unsustainable.

If we look at Colorado in 2014, when cannabis was legalised – the first state in America to do that –there were concerns about whether it was breaching United Nations sanctions and other objections.

You mention the ACT, but it's a very partial form of legalisation. You can't grow to supply. You can't tax.

And they're the real benefits of legalising and regulating drugs: you can tax them, control quantity and provide safety warnings on the packaging. You can't do that with the ACT's legalisation of personal possession.

As you've just touched on, there's a growing global trend towards legalising both medicinal and recreational cannabis use. In your opinion, does this necessitate that attitudes will change in relation to other substances?

Yes, it does. Cannabis is the most widely used illicit substance in the world. And legalising it does pave the way for other drugs to be legalised and regulated. That is the end goal of managing and controlling the health implications of drug use.

As I said earlier, this is the first century in the history of the human species that we have attempted to criminalise people who use substances for relief and pleasure.

It is unsustainable. There will be a time when all drugs are legalised and regulated. And clearly, the severity of those regulations will depend on the harm profile of the drug in question.

Heroin would be legally regulated and controlled to addicts. It would kill the black market. The benefits to society and those with addictions to drugs, like heroin, would be enormous.

In relation to a low harm profile drug like cannabis – lower than alcohol by a mile – it would be regulated and controlled with safety information.

Drugs in the middle, such as MDMA or ecstasy, as it's known, would also be regulated and controlled.

The benefit would be that people who buy an ecstasy pill from a pharmacist would know the strength of it. There would be warnings on the label. There would be information about how it should be consumed and safety measures.

Regulations could still be strict. They could involve a doctor's check of the heart for the use of stimulants, like MDMA.

The point being that, yes, the world is moving towards a more rational health-centric approach to drug use, and legal regulation of drugs is the end result.

This obscene prohibition – which was initiated in America 100 years ago and forced on the world through the instrument of the United Nations fifty years ago – will come undone for being a policy that's killing, harming and hurting more people than it helps.

And lastly, Greg, the understanding that the drug war is a failure has been around since its inception. And over the last decade, this understanding and the statistics underpinning it have been growing exponentially.

However, Australian authorities continue to funnel around 70 percent of funds allocated to the drug issue into law enforcement.

What is it with the Australian political establishment that sees a continuation of this regressive stance to drugs?

I look at it as a continuum of change and social policy. I remember in the 70s when an act of love between two human beings in Tasmania was a gaolable offence. Yet, fifty years later, we have gay marriage and an acceptance of that behaviour.

Homosexuality was criminalised because of a moral judgement. There is a very strong parallel with the criminalisation of people who use drugs.

It's based on a moral judgement, on a degree of wowserism and on the Judeo-Christian moral position that pleasure is somehow corrupting and morally wrong.

If you look at Australia's position, there's no doubt there's a moral judgement element to the enthusiastic prosecution of drug prohibition. It will be undone because of the arguments of the last ten years, which organisations like ours have exposed.

The cost of prohibition in terms of human lives is enormous. And it's not just the 70 percent on law enforcement that could be saved, but it's also the sheer loss to organised crime, literally billions of dollars, which could be diverted into services to help those people with genuine issues with substances.

Other articles by PAUL GREGOIRE